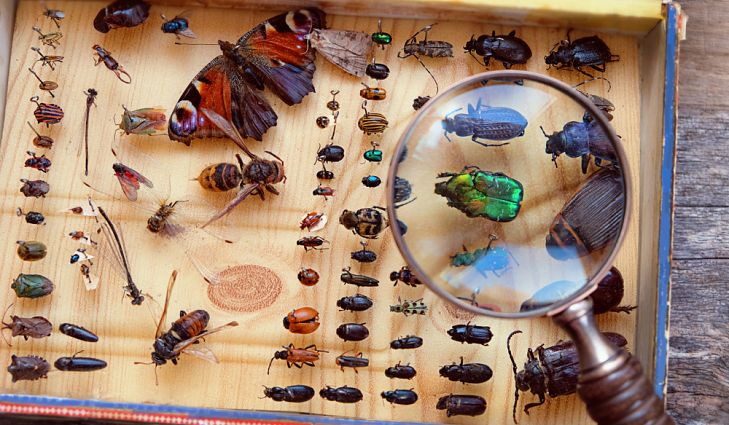 While the human population is increasing year by year, other species are literally disappearing before our very eyes. For the most part, man is responsible for their extinction. Insects are the most endangered group. The decrease in insect populations is up to eight times higher than in birds or mammals. Up to 40 % of species are on the verge of extinction and 30 % are endangered species. Scientific studies from different countries confirm that if the rate of extinction continues as rapidly as it is now, in one hundred years our planet could be completely insect-free. What would that actually mean?

Insects are the largest animal group and also the least researched. The consequences of the extinction of such a large group is unimaginable, at least for now. Insects play a key role in the food chain but are above all responsible for the pollination of plants. Without insect pollination, a large proportion of our crops would produce nothing.

Unless we change the way food is obtained and produced, insects as a whole will perish in the next century

A scientific study published in Biological Conservation states that the main cause of the decline in insect populations is the intensification of agriculture. To increase crop yields and eradicate pests, fields are sprayed with large doses of pesticides, which also affect the nervous systems of common, harmless species. Another problem is monoculture plantations and the depletion of small hedgerows and groves that serve as a shelter for insects. This is supported by studies from the United Kingdom, which confirmed that in 2000-2009 58 % of butterflies and moths disappeared from the agricultural landscape. Bees are also paying for the intensification of agriculture.

If we want to preserve nature and food sources for our offspring, we need to come up with solutions to change today’s agriculture before it is too late.

Economic sustainability of aquaponics is key to a more affordable future

Manage Cookies Consent
In order to provide you with the best possible service, we use technologies such as cookies to store and/or access information about your device. Consenting to these technologies allows us to process data such as browsing behavior or unique IDs on this site. Not consenting or withdrawing consent may adversely affect certain features and functionality.
Manage options Manage services Manage vendors Read more about these purposes
Show preferences
{title} {title} {title}